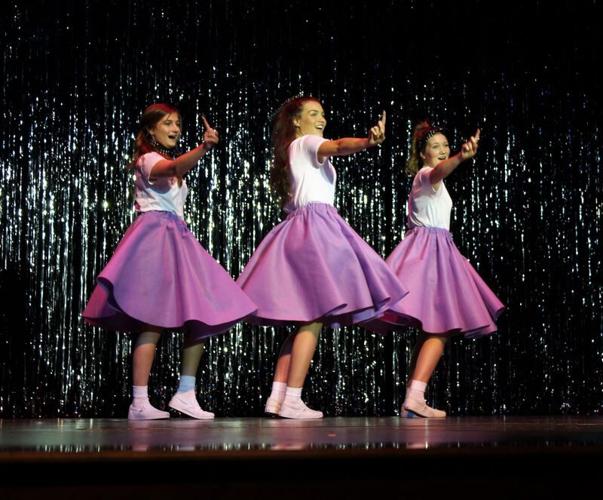 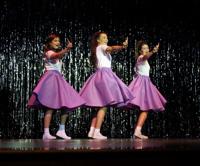 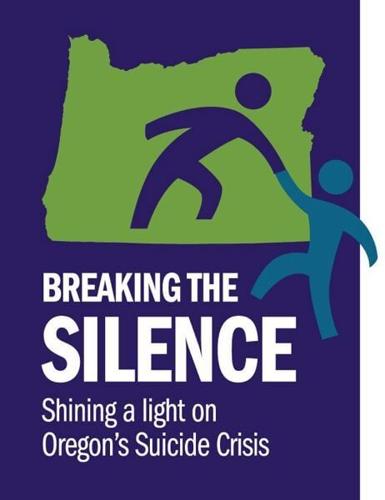 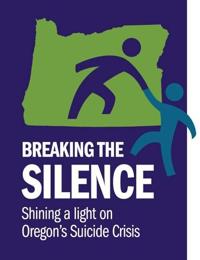 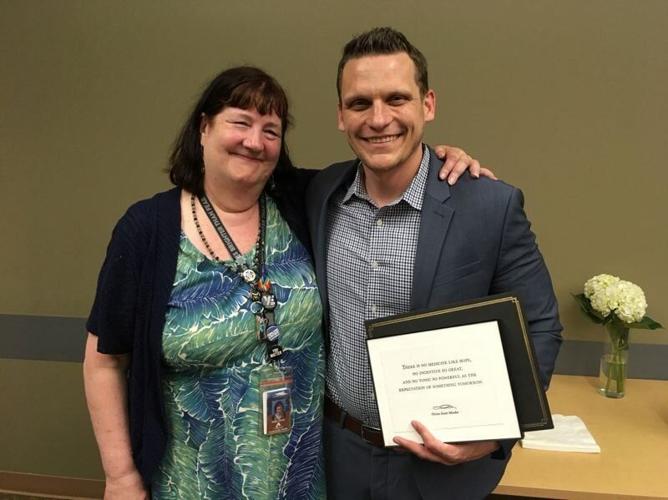 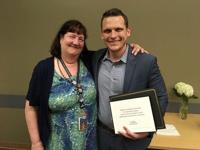 Although suicide is a leading cause of death among American youth, a recent survey found that Oregon school districts are using only a patchwork curriculum to teach students about suicide prevention.

The survey, done by the University of Oregon's Catalyst Journalism Project, found that nearly half of the school districts surveyed lack evidence-based plans to address the growing health problem.

Catalyst surveyed the 10 largest districts in the state, as well as the biggest school district in every county not already represented by the survey. In all, Catalyst asked 40 districts for the teaching plans they used to discuss suicide prevention with high school students.

The districts' responses to the survey revealed a wide discrepancy in how schools across the state teach students about suicide.

Catalyst found that barely more than half of the school districts surveyed could show they had a tested, evidence-based approach to addressing the issue of youth suicide. Other schools stitch together teaching plans that are little more than photocopied pages from textbooks. Many schools could not provide proof they had any suicide-prevention teaching plans at all.

These results are consistent with recent findings from the Oregon Alliance to Prevent Suicide, which surveyed roughly one-third of Oregon school districts and found that nearly two-thirds of high schools had some sort of prevention program in place. But the survey did not attempt to identify the quality of the programs.

Experts say that in addition to curriculum, school districts should have suicide prevention protocols as well as "postvention" plans aimed at reducing risk after a suicide death. The alliance found that 74% of surveyed school districts had protocols to identify at-risk students and 61% of districts had a postvention; however, the survey did not know "what that means or what that looks like." Similarly, state education officials say they do not have information on how many districts are following the Oregon state health standards.

A growing cause for concern

Experts say one of the best ways to help prevent suicide among people in this age group is by teaching the facts and warning signs of suicide early on.

They also say a school curriculum should be based on materials that have been time-tested. But the Catalyst survey found many districts — including Astoria in Clatsop County, St. Helens in Columbia County, Ontario in Malheur County and the Reynolds District in East Portland — lacked such plans.

Evidence-based suicide prevention programs — those that use research results to design content — previously were identified by the National Registry for Effective Prevention Programs, a federal registry run by the U.S. Substance Abuse and Mental Health Services Administration (SAMHSA).

While President Trump suspended the registry in 2017, the programs promoted were widely accepted as examples of strong, evidence-based suicide prevention curriculum. Examples included such programs as RESPONSE, Sources of Strength, Lifelines, Kognito, Question, Persuade, and Refer (QPR) and ASSIST.

Roseburg public schools in Douglas County use QPR to train school district staff in how to respond to suicidal ideation, and the topic is touched on in health classes.

But Lee Paterson, superintendent of the Roseburg School District, expressed regret that suicide prevention was not part of its high school classroom curriculum. "This subject is near and dear to me as a 70-year-old Vietnam combat veteran," Paterson said in an email. "… it breaks my heart to become aware of the crisis of teen suicide. But I have to admit, that although we have very robust systems for responding to suicide ideation for our teens and to threats of self-harm, there is very little we can point to as curriculum in this regard."

Scott Poland, a professor of psychology and co-director of the Suicide and Violence Prevention Office at Nova Southeastern University in Florida, said certain elements are critical in any school-based response.

"Adults need to be trained first," Poland said. "And then you need to look at what are the evidence-based programs."

Even some high schools within the same Oregon school district are not using uniform curriculum. High schools in the Eugene 4J School District, for example, teach students using various methods, according to records reviewed by Catalyst.

Sheldon High School used a textbook, while South Eugene required students to "complete a paper or PowerPoint and present in small groups" and to create suicide prevention messages to place in bathrooms and elsewhere in the school.

Churchill High School, on the other hand, used RESPONSE, one of the evidence-based programs on the federal registry, and in April required a three-hour training with all counselors, nurses, school psychologists and behavior consultants.

In its response to Catalyst's survey, Eugene 4J said all school counselors received suicide prevention training in the form of QPR, Connect and the Columbia Suicide Screening Risk Survey in 2018 through 2019. And in August, all school administrators attended a three-hour training about suicide prevention, intervention and postvention with county health officials.

Connect "examines suicide prevention in the context of the individual, family, tribe, community and society," according to the Suicide Prevention Resource Center.

But even with all the training for administrators and staff, Eugene 4J said that it is only "in the process of drafting a suicide prevention policy."

In its response to Catalyst's survey, Eugene 4J said that it is "in the process of adopting a new comprehensive health studies curriculum, which will include suicide prevention" that will be in place in the 2020-21 school year.

Julie Goldstein Grumet, a clinical psychologist who works with the Suicide Prevention Resource Center at the of Boston, agreed that what's taught in the classroom alone is not enough.

Goldstein Grumet said that part of a comprehensive plan includes training parents so that they know how to talk about suicide with their kids if it comes up in conversation.

"When students are being taught about warning signs [of suicide], then part of that education is that you take it seriously and tell a trusted adult," Goldstein Grumet said. "Who is the trusted adult? Those trusted adults need to know what to do and say."

Crook County School District provided a set of lecture notes that discussed signs of suicidal ideation and strategies to address them, but the materials are not clearly based on any kind of peer-reviewed approach.

Some school districts such as Salem Keizer and the Greater Albany School District provided records that showcased themselves as leaders in suicide prevention efforts.

Usually, larger districts in or around the state's larger cities were further ahead in teaching students about suicide. The North Clackamas School District, for example, reported using evidence-based programs such as RESPONSE and Sources of Strength, two commercially available programs on the federal registry aimed at helping people become more aware of the warning signs of suicide.

In addition, all school staff in the district receive annual training concerning suicide prevention strategies and protocol. All school administrators, counselors and psychologists also have been trained in suicide intervention. The district also has a formal suicide prevention policy and standardized procedures for reporting suicidal ideation.

Ralls said designing a suicide prevention protocol was an immediate need for his district.

"It's better to make it a priority before it becomes a need (rather) than after," Ralls said.

The Hillsboro district also backs up its evidence-based curriculum with extensive staff and faculty training on suicide, including "screeners" in every building who talk with any student identified as one expressing suicidal ideation.

The Corvallis School District uses a combination of approaches to address suicide. Sheila Fowler, who teaches Health 1 at Crescent Valley High School, invites guest speakers from Lines for Life, a Portland-based suicide prevention nonprofit, to lead activities with students for a class period. Every district employee has been trained in QPR.

Fowler agrees with Poland that training teachers is an important part of a comprehensive, effective curriculum.

"I think what we have done is great because of the increased awareness," Fowler said. "It also gives teachers who aren't so comfortable with the subject the words to use."

A new law could change the way suicide prevention is taught in Oregon schools, but it's not yet clear how effective it might be.

Adi's Act, a bill passed in 2019, requires all districts to have a comprehensive suicide-prevention program in place by the 2020-21 school year.

The law was named for Adi Staub, a 17-year-old Grant High School student who took her own life in 2017. The law details what those prevention plans must include, but it doesn't require classroom education as part of the approach. That's despite testimony from experts telling lawmakers that teaching suicide prevention in the classroom is an essential part of the strategy.

School officials say there is clearly more to be done.

At the Eugene School District, for example, school psychologists and counselors attend suicide prevention training on their own time.

"The next one is on us," says Justin Potts, Eugene School District psychologist. "If we're not prepared, it's on us. We treat it very seriously." According to school officials, the Eugene district has seen seven deaths of students or recent graduates by suicide in the past two years.

State officials could use the new law to guarantee high school students are learning the essentials about suicide prevention in the classroom by requiring that districts develop a sound curriculum. But it's ultimately up to schools how they choose to develop suicide prevention policies.

"If the Oregon Department of Education said to the school districts, here are the three best suicide prevention curriculum programs, here is how to evaluate them, that would be helpful," Poland says. "Let's at least implement the best programs we can find, and it's going to take several years, but let's see if these programs are working."

Ariana Sinclair, Sravya Tadepalli and Michael Tobin reported this story as part of the Catalyst Journalism Project at the University of Oregon School of Journalism and Communication. Catalyst brings together investigative reporting and solutions journalism to spark action and response to Oregon's most perplexing issues. To learn more visit journalism.uoregon.edu/catalyst or follow the project on Twitter @UO_catalyst.

This year, more than 30 Oregon newsrooms, from KOBI television in Medford to the Madras Pioneer newspaper, took part in an unprecedented statewide collaboration, shining a light on the under-reported topic of suicide. You can view all the coverage at http://www.breakingthesilenceor.com.